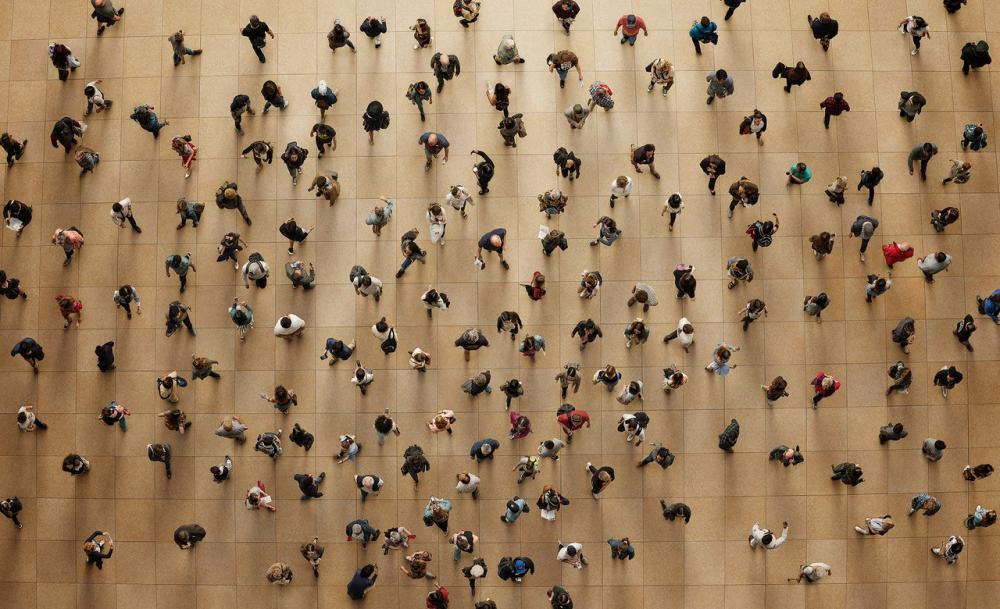 Magyar is captivated by high-tech cities and urban life. He depicts the synergies of city life while embracing it as home to both people and technology. With each of his series, he observes the flow of time, scrutinizing the transience of life and humans’ inherent urge to leave some trace behind. Magyar is keen on adopting and reinventing contemporary devices like industrial machine-vision cameras in order to produce his unique view of the human experience. Magyar stated, “I study our relationship to past, future and present moments, reflecting upon the way we use and misuse time.”

The exhibition will feature works from four series: “Urban Flow,” “Stainless,” “Squares,” and “Matter.” Magyar is fascinated by urban living, and how it contains an immense populace of individuals living within inches of each other, yet retaining their individuality. He observes how people are often detached from the present while engaged in their day-to-day movements of waiting for trains, or walking to work, among other unconsidered moments. “These parts of our lives just drop out from our days,” Magyar stated in an interview with Stephen Bulger. “I would like people to think and feel that life is happening, because we tend to lose sight of it.”

In “Urban Flow,” Magyar built a camera using a slit-scan technique which utilizes the sensor of a flatbed scanner to capture subjects as they pass before it. The resulting panoramic photographs alter the perspective of the pedestrians’ motion and makes them appear as if they are walking in a common direction. The process expands and compresses the pedestrians and traffic, while static subject matter appears as a solid streak across the image.

Magyar’s “Stainless” videos capture the surprising elegance of subway riders as they wait for their train. He modified an industrial grade high-speed camera positioned inside the train to dramatically increase the view looking out onto the platform. His mastery of the equipment and software enables him to stretch the ten second duration of a train entering a platform into a ten minute video.

For his most recent video and photographic series “Matter,” Magyar captures urban locations from the same position over the span of days, weeks, or months. In the finished works, moments and days appear projected onto each other. Time flows, revealing our fading memories and insignificance. Time becomes something we can see: a passage. We visually dissolve and lose permanency. Our boundaries are blurred.