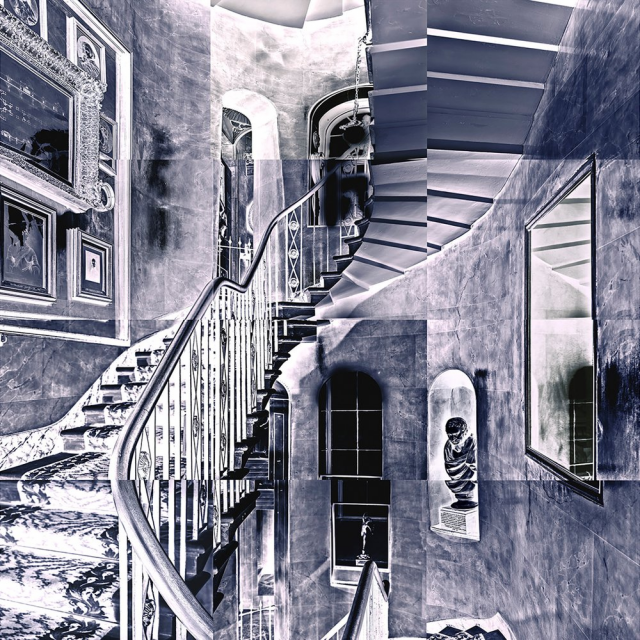 In his first solo exhibition in our gallery OLA KOLEHMAINEN (*1964 in Helsinki) presents large-scale format photographs resulting from a project that began in the Swedish National Museum in cooperation with the Finnish National Gallery. Susanna Petterson, director general of the Swedish National Museum, started the exhibition project Inspiration. Iconic Works together with the art historian James Putnam. The project dealt with the founding of the most important European art museums in the 19th century as well as with questions about contemporary taste, the practice and presentation forms of collections in a museum. The exhibition took place in 2020 both in the Swedish National Museum and in the Ateneum Art Museum in Helsinki whereby original works and their processes of creation played a role, but also and above all the interpretations, adaptations and commentaries of the contemporary artists who were invited.