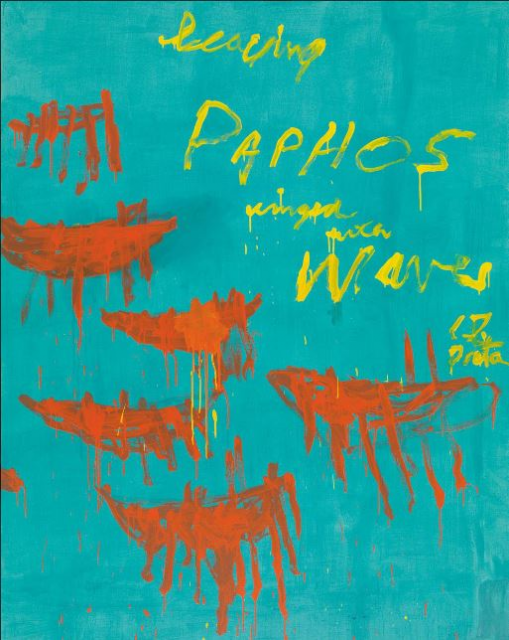 
Unique among his peers at the vanguard of postwar American art, Cy Twombly (1928–2011) sought inspiration from ancient Greek, Roman, and Egyptian cultures.
Making Past Present: Cy Twombly explores the artist’s lifelong fascination with the mythology, poetry, and archeology of antiquity and reveals how it shaped his creative vision. Ancient art manifests in Twombly’s work in often subtle, nonliteral forms and gestures. The exhibition looks at how he absorbed its spirit—the feelings and ideas it filled him with—and sought to evoke it in his singular modern style.
Work by Twombly appears alongside ancient Greek, Roman, Egyptian, and Near Eastern art from the MFA’s collection, as well as objects from Twombly’s personal collection of antiquities, which are on public display for the first time.