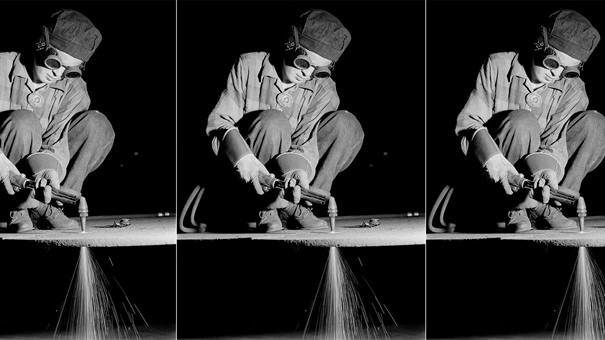 LIFE Magazine and the Power of Photography


From the Great Depression to the Vietnam War, almost all of the photographs printed for consumption by the American public appeared in illustrated magazines. Among them, Life magazine was both wildly popular and visually revolutionary. This exhibition takes a closer look at the creation and impact of the images found in the pages of Life in order to reveal how the magazine shaped conversations about war, race, technology, national identity, and more in the 20th-century United States.
The exhibition brings together more than 180 objects, including vintage photographs, contact sheets, assignment outlines, internal memos, and layout experiments. Most photographs on view are original working press prints and represent the wide range of photographers who worked for Life, such as Margaret Bourke-White, Larry Burrows, Henri Cartier-Bresson, Frank Dandridge, Yousuf Karsh, Gordon Parks, and W. Eugene Smith.