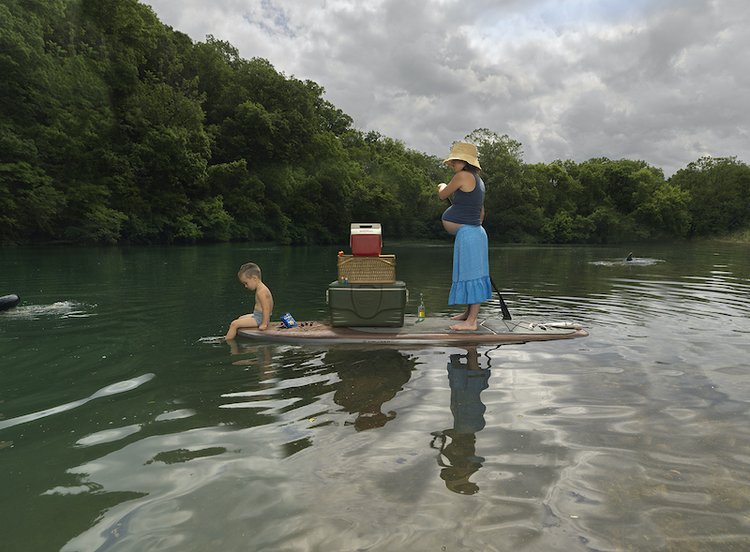 JULIE BLACKMON: UP AROUND THE BEND


Robert Mann Gallery presents Up Around the Bend, Julie Blackmon’s sixth solo exhibition with the gallery. Blackmon’s photographs delicately toe the line between wit and wry. Her examination of the suburban landscape includes the discovery of new technology, childhood exploration and imaginative play through the four seasons in a world largely devoid of adults — all culminating in satiric tableaus. Although often innocent at first glance, her photographs include a menacing element just barely beneath the surface. A shark in the water, an abandoned knife near a toddler, or a child’s dead-man’s float. Blackmon explains that “The kids and crazy scenes are often just metaphors for a certain psychological state” (The Guardian).