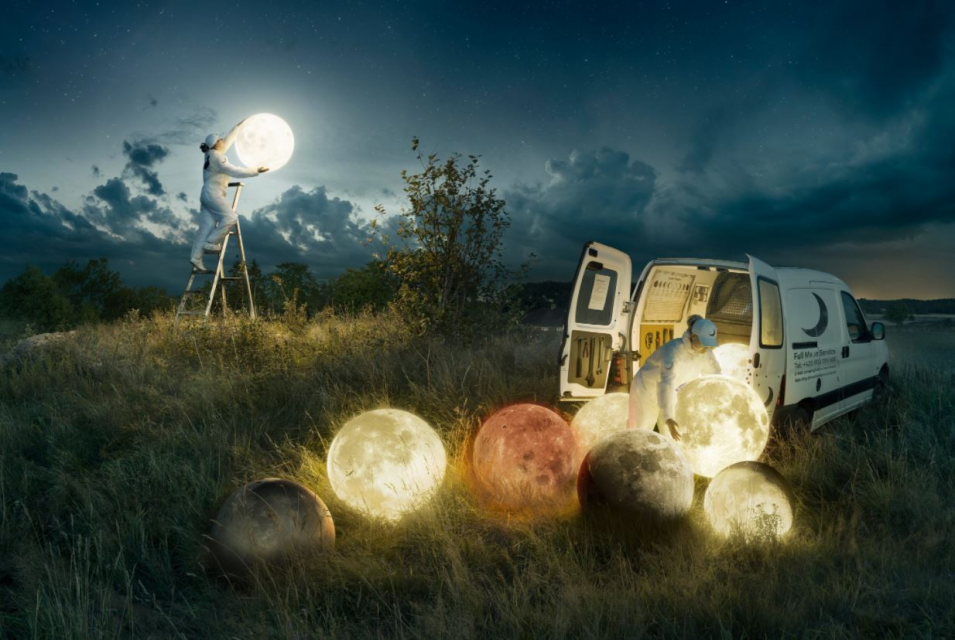 
Erik Johansson, a photographer of surrealistic worlds, presents a series of dreamscapes oscillating between day and night, reality and fantasy, wakefulness and unconsciousness.
Erik Johansson’s photographs take us into a world where reality meets the absurd. His dreamlike staged images are visual enigmas that play with the viewer’s perception and often reference important issues such as the environment. As we walk through the exhibition, we move from light to shadows inhabited by strange visions, before returning to the familiar forms of a real landscape.
In just a few years, Erik Johansson has carved a niche on the international photography scene and has exhibited his work at important institutions such as Fotografiska, Sweden’s leading photography space.
The exhibition presents twenty photos, most of them in large format. Several are being exhibited for the first time.